What was women’s experience of the First World War? Is it possible to generalise at all? An AHRC-funded network has been investigating these and other questions.

The network is taking the lead in recording women’s activism after the First World War, drawing together scholars from diverse disciplines and employing a comparative and transnational perspective. Find out more on the AHRC website. 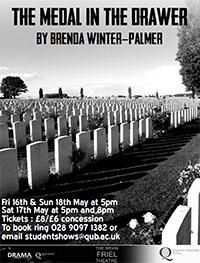 Professor Robert Bickers of the University of Bristol explores the contradictions, patriotic fervour and battlefield experiences of the largest contingent of Shanghai British to fight the Kaiser’s forces in Europe, and the story of the city they left behind.

After 1914, between tiffin and a day at the race track, the British in Shanghai enjoyed a life far removed from the horrors of the Great War.  Shanghai’s status as a treaty port – with its foreign concessions home to expatriates from every corner of the globe – made it the most cosmopolitan city in Asia.

The city’s inhabitants on either side of the conflict continued to mix socially after the outbreak of war, the bond amongst foreign nationals being almost as strong as that between countrymen.  But as news of the slaughter, and in particular the sinking of the Lusitania, spread to the Far East their ambivalence turned to antipathy.

Getting Stuck in for Shanghai: Putting the Kibosh on the Kaiser from the Bund by Robert Bickers is one of a set of China Specials published by Penguin Books China exploring different aspects of that country’s experiences during the First World War.

It is available in ebook and is part of the new wave of the iconic Penguin Specials range which aims to be short, informative and entertaining in a digital format.

Professor Bickers said: “The book’s about the British in Shanghai and their war, but tracing the people I wrote about led me far and wide, and even back to Bristol itself. It reinforced a point my research on the history of relations between Britain and China is increasingly exploring: how our histories are intertwined, and how you can find traces and legacies of this historic British experience of China in cities like Bristol.”

Professor Robert Bickers is a historian at the University of Bristol.  He specialises in modern China and the history of colonialism. He is a Co-Director of the British Inter-University China Centre and the ‘Historical Photographs of China project’ project, a virtual online archive of Chinese life which gives users the opportunity to explore and interact with more than 9,000 digitised photos of China taken between 1850 and 1950. A collection of photographs from Shanghai after the War recently featured in an AHRC Image Gallery.

In this guest blog, Roger Deeks uncovers the history of coal mining, and reveals how one man’s efforts supported the war at home and at the front, and improved safety beyond the war.

But the coals were murmuring of their mine,
And moans down there
Of boys that slept wry sleep, and men
Writhing for air.

From Coal by Wilfred Owen, 1918 (subtitled How the future will forget the dead in war)

Coal was the main source of energy to fuel the War effort. The people and expertise needed to produce it safely were in demand on the Home and Western Fronts.  The story of the Arthur Bernard Clifford illustrates the learning exchanges that saved many lives and ultimately led to improved mine safety after the war. Pivotal to his story was the Minnie Pitt disaster of 1918, a tragedy he was unable to prevent but in the aftermath of which he played a crucial part.

For much of the First World War, the coal mines of North Staffordshire contributed to the thousands of tonnes of coal produced to power the navy, railways, homes and munitions factories during the War. It was a highly dangerous occupation for the men who mined in the pits. Many of the original Staffordshire miners had enlisted early in the War, sometimes at the instigation of the owners. Many were to become members of the Tunnelling Companies of the Royal Engineers. The exploits of the early tunnellers and their charismatic commander Sir John Norton-Griffiths who laid massive mines under the Western Front are well documented. The Staffordshire mines they left behind were set to make a vital but much less well known contribution to the hazardous business of tunnelling.

Arthur Bernard Clifford was a Staffordshire mine safety and rescue expert, an assistant to his father an instructor of the North Staffordshire Mines Rescue Brigades. He was born in Dodsworth, Yorkshire, went to Barnsley Grammar School and later studied at the Technical College in North Staffordshire. In 1914 there was a huge oil well fire in Mexico, millions of tons of oil were ignited and Clifford was sent to deal with it. He returned from Mexico in April 1915, with the intention of enlisting, but the next day he was called to the War Office and asked to take charge of training sappers to use ‘Proto breathing apparatus’ needed to cope with the poisonous carbon monoxide gas. Clifford played a key role in the establishment of the Mines Rescue School at Strazeene and Armentieres. Thanks to his training, the Proto apparatus was used throughout the war with success. Clifford trained over 4,000 men and hundreds of lives were saved as a result. In 1917, on leave in Staffordshire, now ‘Sergeant’ Clifford, Royal Engineers, he was awarded the Meritorious Service Medal at the Annual Dinner of the North Staffordshire Institute of Engineers. An unassuming man he was embarrassed to receive his award and was particularly apologetic that his work had drawn important personnel away from Staffordshire collieries.

Sadly this would not have prevented the explosion that ripped through a colliery in January 1918, when one of the worst disasters in mining history happened at the Minnie Pit in Halmer End in Staffordshire. Miners worked in cloth caps, carried candles and pit ponies moved coal to the main shaft. The mine had a history of explosions. On 12 January a huge explosion caused by a mixture of dust and flammable gases killed 155 men and boys either from the effects of the explosion or poisonous gas. Forty-eight boys under the age of 17 died, many were aged 14 years, and the oldest man was 65.The large number of boys and older men reflected a depleted workforce. There was another casualty when the captain of the mine rescue team was killed. The outpouring of national grief was astonishing given the daily casualties occurring on the battlefields. Even Wilfred Owen, staying in Scarborough in January 1918 a few weeks after leaving Craiglockhart War Hospital, was moved to write about the disaster in one of the few poems published in his lifetime.

The government responded by summoning Arthur Clifford back from the front and he was given a specific mission; to recover the mine and the bodies that it contained. The work took over eighteen months and was one of the longest and most difficult recoveries in mining history. When it was over the war had long finished. The tragedy added 67 widows to the many who had lost husbands in the War and the Great Depression saw no economic respite for local families when the colliery was closed.

Arthur Clifford moved to the Forest of Dean coalfields after the war. The initial legacy of his work was the large number of miners that returned to their workforce proficient in mine safety and use of the Proto breathing apparatus. The benefits of standardised training achieved at the Front also raised standards and Clifford became one of the country’s leading Instructors in Mine Rescue. In 1922 he produced The Rescue Man’s Manual, probably the first reference manual for the mines rescue industry which covered breathing, gases, and mine rescue conduct.

END_OF_DOCUMENT_TOKEN_TO_BE_REPLACED

Professor Jane Chapman (University of Lincoln) discusses the war in comics at The Conversation today.

In its new exhibition, the British Library celebrate the subversive history of the comic. As ever, such a complex heritage can hardly be covered in such a show. But it is a symptom of a more widespread movement: comics are starting to be recognised as far more than an ephemeral art form. They provide a rich source of cultural records of the past – a reflection, or projection of political and cultural feeling of the time.

This alternative cultural history provides particularly rich results in the case of World War I and II, which I have been researching in depth. Millions of people – children and adults – were avidly consuming comics at the time. Internal correspondence from The American Office of War Information (OWI) quotes Advertising Research foundation findings that approximate that 83% of Americans read at least one comic strip daily. And that:

Cartoons, advancing OWI campaigns, are distributed to an average of 1,000 newspapers weekly … Potential viewers are 60,000,000.

In situations of “total war” a range of organisations used comics to communicate with adults, not simply as a means of entertaining children. My research has searched for and recuperated thousands of different publications internationally, aimed at diverse audiences.

This article is by Jane Chapman, and was originally published on The Conversation.
Read the original article.